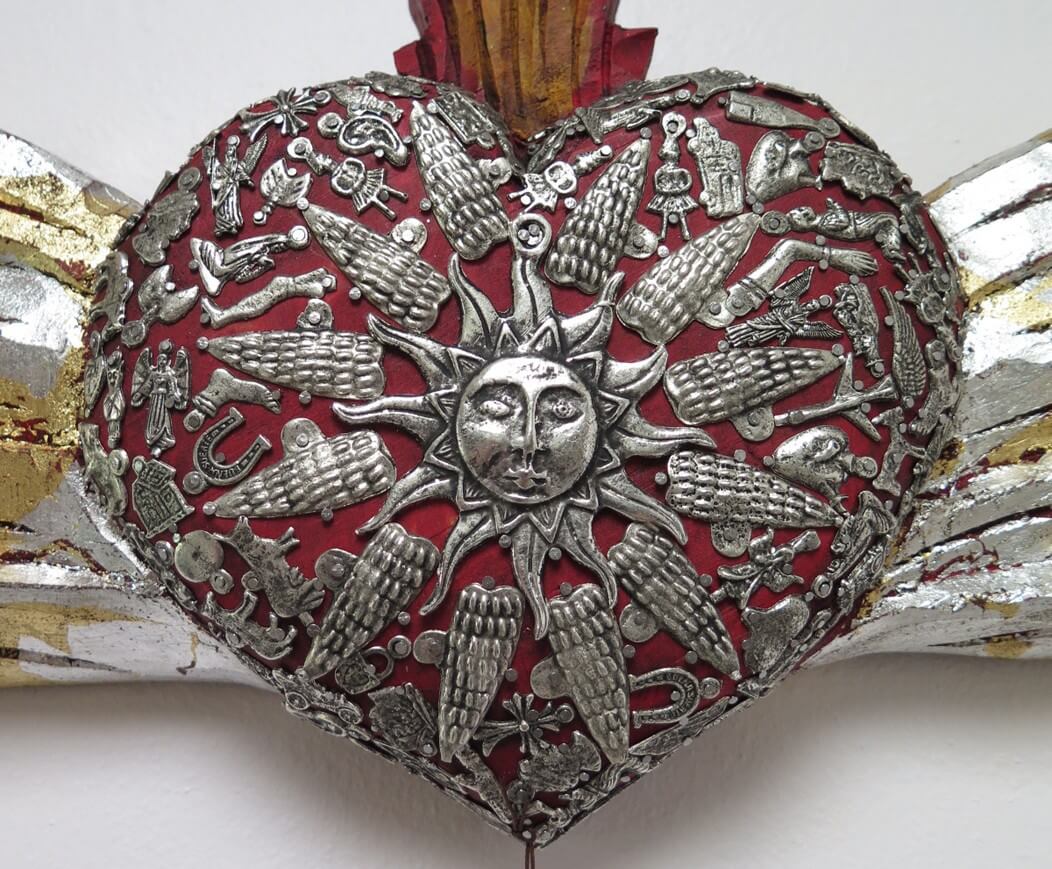 As Mr. TexMex Fun Stuff and I sit “trapped” in our AirBnB in Puerto Vallarta, we realized that I haven’t contributed jack shit to our fun followers in a while. And since we as a society are collectively “trapped” with this whole coronavirus scenario, this would be a good time to use time wisely. Which, of course, I thought was wise.

Anyway, being fresh out of ideas I asked our buddies John and Rick what they would be interested in reading. They suggested getting to the bottom of wacky Mexican life hacks that we Americans don’t understand…like why do Mexicans use white vinegar, Pinol, VapoRub and muriatic acid for freaking everything?!

These are great questions worth exploring. However, Mr. TexMex Fun Stuff and I thought a more timely topic would be Milagros…that’s Spanish for Miracles…cuz now would be the time for a few of them.

Definition of “Miracle” brought to you by Dictionary.com:

México is chock full of Catholics and “The Catholic Church believes miracles are works of God, either directly, or through the prayers and intercessions of a specific saint or saints.” David Van Biema, (1995). “Modern Miracles Have Strict Rules”

Whether you believe Dictionary.com’s or the Catholic Church’s definition of miracles…Mexicans talk about them ALL THE TIME! Once I started understanding a wee bit of Español, I started hearing my Mexican friends and neighbors use the word “milagro” super frequently.

Then I started noticing these crazy tin or silver charm things being referred to as “milagros”. Thoughts entered my head like, “What is that guy doing with that tiny corn on the cob? How come she has a wee bitty metal heart? That dude just kissed a little shiny hand – WTF?!”

Come to find out that for centuries, Mexicans have been fashioning votive charms into representations of milagros. Allow me to mansplain…Mexicans have turned little metallic thingee-doodles into symbols of miracles!

“WTF does votive mean?,” you ask! You’re not alone. To be honest, I thought votives were nouns, like, my idea of “votives” were candles like these…

HOWEVER, the REAL Definition of “Votive” as per Dictionary.com is actually: advective

So a Votive Milagro is an offering to a saint that performs miracles – and the more specific you can get, the better! Got leg pain? Buy a leg votive milagro and present it to your favorite saint as a wish or offering!

Experiencing a heartache? Or heartburn, for that matter… Buy a heart votive milagro and present it to your favorite saint as a wish or offering! See how that works?! After a while I guess everyone dropped the ‘votive’ and just went with ‘milagro’ because the votive part is just assumed.

Being a Preacher’s Kid, I’m not a big reader of religious stuff. BUT, I was seeing those little tin arms, legs, hearts and farm animals often enough to be interested in the subject. So I went to “the webs” to see if I could find out more about their history…because God forbid I step foot in a church. Good old Wikipedia broke it down like this…

Milagros are small religious charms that people usually nail onto sacred objects, pin on the clothing of saint statues, or hang with little red ribbons or threads from altars and shrines. Typically, a believer will make a vow to a saint or to a sacred object, and later on she will make a pilgrimage to the site of the shrine or church and take a milagro there and leave it as a sign of gratitude and devotion. People also carry milagros for protection and good luck.

Different milagros have different meanings and uses, and are often interpreted differently by different people, or for different occasions. For example, a milagro of a body part, such as a leg, might be used as part of a prayer or vow for the improvement for some condition associated with a leg – such as arthritis. Or, it might refer to a concept such a travel, the leg implying walking, which implies any form of travel. Similarly, a heart might represent a heart condition that one is praying for a cure: or a romance, or the Sacred Heart of Jesus or of Mary, and a prayer that the power of those spiritual forces might come into ones life. Often, a sacred image in a home will have milagros nailed to the frame, in such a way that the saint represented in the picture might bless the persons represented by the milagros, or the cares of these persons.

So you know how we mentioned that milagros get nailed onto sacred objects? Well the most common is a heart. In fact, one of the most common symbols in religious folk art is the Mexican Sacred Heart. These hearts come in various forms: surrounded by flames, with a crown, with a dagger through the center and sometimes with a crown of thorns – all allegedly representing Jesus’ compassion for humanity.

So just to make sure you are following…Folk artists in central México make sacred hearts as decor, not for prayer. Yes, the heart represents a prayer, a wish, notes of gratitude or thanks. But, they are just pretty in your house as a Christmas ornament, as a magnet on your fridge, Valentines Day decor, you get it.

So basically, the hearts with thorns or rays of light that I used to think were “milagros” are actually “sacred hearts”. A very popular trend is for sacred hearts to be covered in milagros – like some of the ones pictured above! #combopackage.

But I was not alone in my confusion. If you google ‘Mexican Milagros’ for instance you will find yourself in a sea of images with both the milagros and the sacred hearts….like, which is it?!

Hopefully I have cleared that mystery up for all of us. Time to get back to FaceBook to see if the sky is still falling. In all seriousness, take care of yourself and others. This is a weird one and we need to stick together by…ironically…not literally sticking together! Peace, love and milagros from PV, México!

And for my kick ass homies, John and Rick…and in the spirit of this crazy fucking corona thingee-doodle…”you can take the girl outta class, but you can’t take class outta the girl”. #AmIright?

Looking for more inspiration from México? Check out the TexMex Fun Stuff Blog for more sights, sounds and badass-ness uncovered while exploring México searching for handmade fun stuff for you!

Virgin of Guadalupe – An Icon and México’s No. 1 Mother